The Old Senate Chamber is Open!

“...Still the deed these old walls witnessed has given to the surroundings a charm that no coat of paint can ever remove, and so long as a fragment of the building is left standing the spot will be hallowed by all true Americans.” [1]


After over seven years of research, construction, meetings, and conservation, we are delighted to inform you that the Old Senate Chamber has at last been reopened! In accordance with the original objective of the project, the room has been carefully restored to how it would have architecturally appeared in 1783-1784, when Congress held session in Annapolis, ratified the Treaty of Paris, and received George Washington’s resignation as commander-in-chief of the Continental Army, thereby affirming civilian control of the American military.

Update on the Opening of the Old Senate Chamber


Check out the latest update on the Old Senate Chamber from an article written in the Baltimore Sun by Mike Dresser. Stay tuned for an opening date of the chamber. 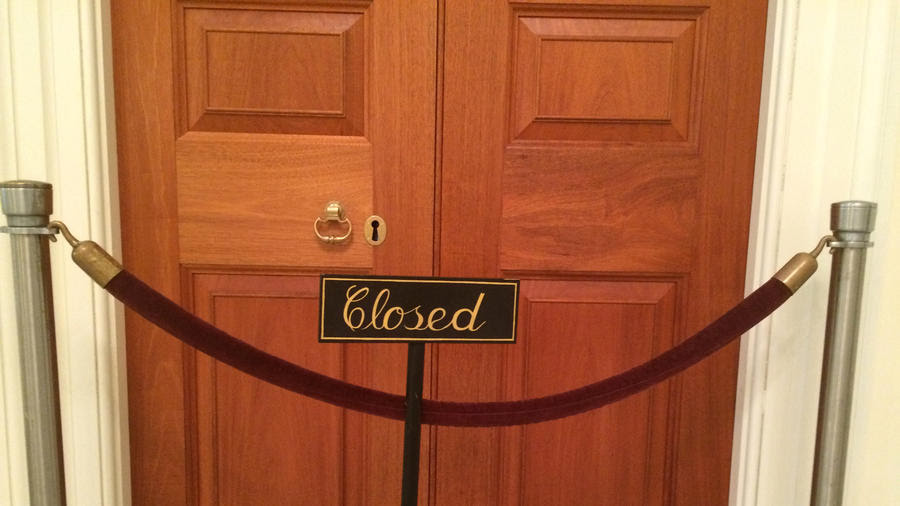 George Washington wasn’t the only founding father who famously visited the Maryland State House. In previous blog posts, we have talked about Thomas Jefferson, his visit to the dome with James Madison, and his involvement in planning the resignation ceremony. Just in time Jefferson’s 272nd birthday on April 13, Maryland’s retired state archivist, Dr. Ed Papenfuse, has now given some insight into Jefferson’s entire time in Annapolis, in his blog, Reflections by a Maryland Archivist.


If you’re like us and need your fix on colonial Annapolis history while we wait for the Old Senate Chamber to open, or even are just hoping for a little bit of history on your downtown walking tour this spring, we highly recommend this read on Jefferson’s appearance in Maryland history, and the buildings that remain today. You can check it out here!
Posted by Unknown 2 comments:

On President’s Day this year, visitors to the State House and the Maryland General Assembly had cause to celebrate. George Washington’s handwritten copy of his resignation speech was at last unveiled in the rotunda, where it will remain, in a new case constructed specifically for its permanent display.


Since being acquired by the state of Maryland in 2007, and verified as Washington’s original copy through watermark analysis, the speech has been locked away deep in the Maryland State Archives, waiting to be installed in the State House around the time of the opening of the Old Senate Chamber. In preparation for this event, the speech was cleaned and given a bath by Archives conservation staff so that it would be in good shape for the big unveiling!

This past Wednesday, Governor Hogan was the center of celebrations as the State House played host to the state’s 62nd gubernatorial inauguration. Standing in front of a crowd of hundreds, Hogan, along with Lt. Governor Rutherford, was sworn-in, received a 19-cannon salute, and delivered his first speech as governor to the people. The ceremony of the day begs the question, from where did many of these traditions come from? The answer to that question can be found at the very root of Maryland’s inaugurations, tracing all the way back to the state’s first governor.

O'Malley Gives a Sneak Peek into the Old Senate Chamber

On a press tour this Friday, Governor Martin O’Malley gave the media their first look at the Old Senate Chamber since the room’s doors were closed to the public nearly two years ago as part of the restoration.


“This room has to be the most significant...in this State House,” the governor, whose term will end next week, told reporters, “How do you walk into this room without thinking of those men and women who made this country...at such a pivotal time?”

231 Years Ago: A Rush to Ratify the Treaty of Paris

Most students of American history know the story of the signing of the Treaty of Paris at the end of the American Revolution. However, few are aware of the tensions felt by Congress to ratify the treaty in time and the final dramatic race to return the ratified copy to the peace commissioners by the agreed-upon deadline.

In Paris on September 3, 1783, peace commissioners John Jay, John Adams, Benjamin Franklin, and Henry Laurens had at last concluded negotiations with the British delegation. However, the treaty could not be considered a legal, active document until it was ratified by both Congress and King George III within the next six months. Copies of the treaty were immediately sent to both England and America, and Congress, at the time meeting in Princeton, sent messages to all thirteen states to reconvene in Annapolis for the purpose of the document’s immediate ratification.

The State House Office of Interpretation is a program of the Maryland State Archives.

This blog documents the efforts to restore the Old Senate Chamber, located in the Maryland State House, to its original 1783 appearance when George Washington resigned his commission as commander-in-chief of the Continental Army.

If you would like to be notified when a new entry is posted, please 'follow' by email.